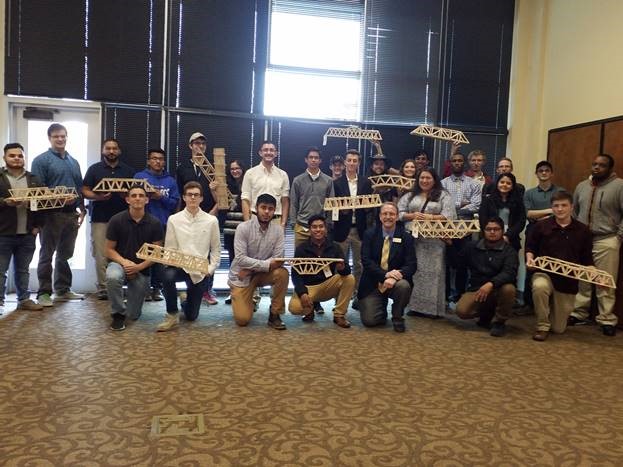 This is the second time JCC has participated in the event. Students were led by engineering instructor Albert Brewer.

Ed Sierra of Four Oaks and Francisco Valdivia of Middlesex received the first place award for the Most Aesthetically Pleasing Bridge in the college division. They also received first place for the Most Innovative Bridge.

Hampton Moore of Selma, Joshua Murphy of Smithfield, and Ayden Ferrell of Clayton received the award for second Most Aesthetically Pleasing Bridge and second Most Innovative Bridge.

“The competition helps students learn teamwork, effective communication skills, project and time management, along with how to design and build a structure with high quality and within specifications to perform a task before a deadline in order to qualify and be competitive,” Brewer said. “These are real functions STEM students will face in their college curriculum and careers in a competitive global marketplace.”

A total of 46 teams representing middle, high school, and college students in Johnston County participated in the event.