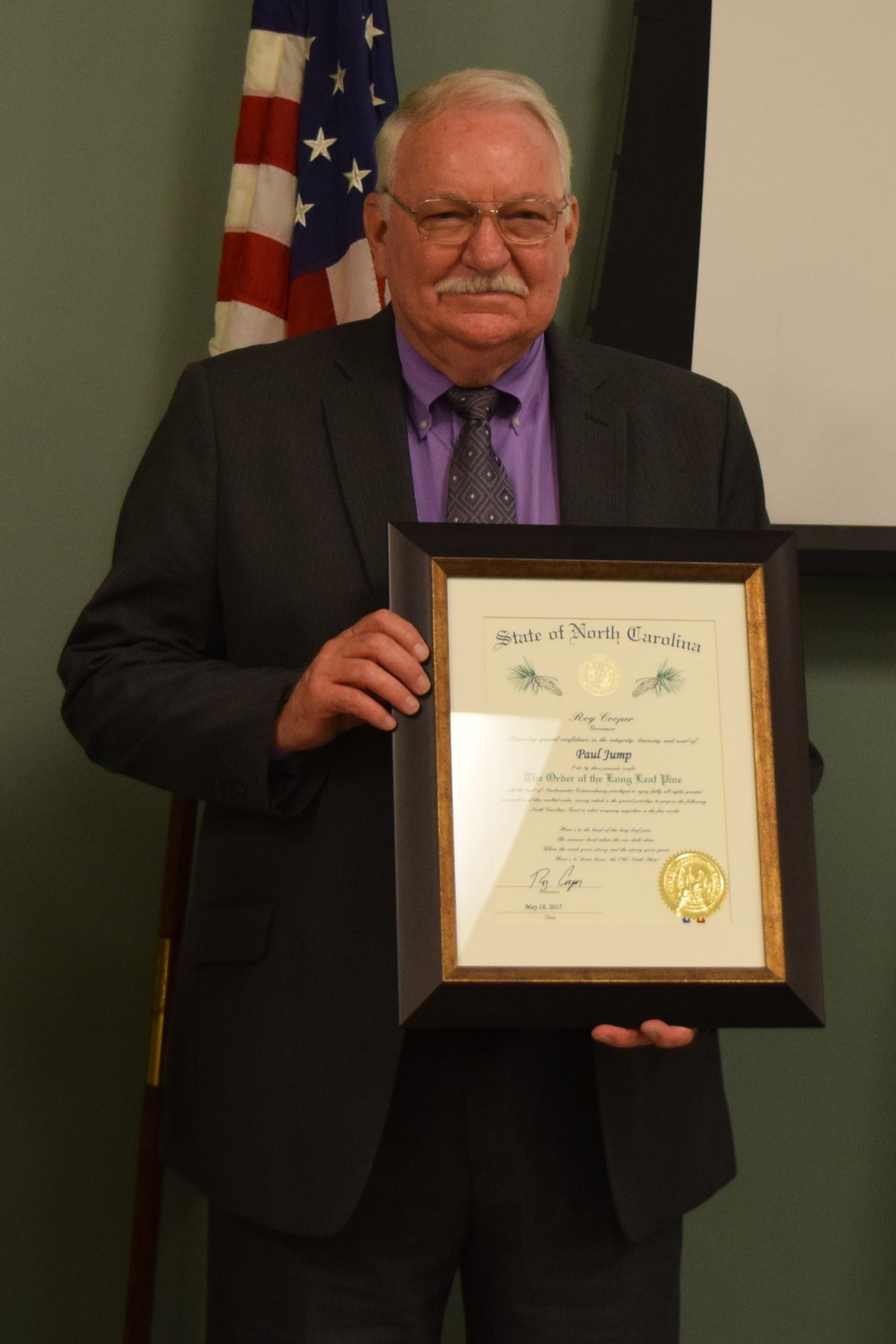 Jump’s career in truck driving began 50 years ago when he was hired as driver for the United States Parcel Service (UPS). In 1989, Jump joined the N.C. Truck Driver Training School at JCC as lead instructor and then became program director in 2003.

Jump was honored at a Evening for Education Distinguished Citizen Gala dinner hosted by the JCC Foundation in the Public Safety Building on the JCC main campus. The program included well wishes and testimonials from colleagues and trucking industry friends Lance Collette, chairman of the N.C. Trucking Association Board of Directors; Trooper C.R. “Randy” Bridges; Carolyn Tharrington of Smithfield representing the Kennedy Home; and Rick Cates, vice president of Marsh Risk Consulting.

He was also presented The Order of the Long Leaf Pine, the state’s highest civilian honor for persons who have made significant contributions to their state and their communities through their exemplary service and exceptional accomplishments.

Jump said he was grateful for the honor and the opportunity to spend his career at JCC.

“I have enjoyed every minute of my career in trucking and with the N.C. Truck Driver Training School at JCC,” Jump said. “I have had the pleasure of working with an outstanding group of administrators and trucking instructors who have always supported our program and the training that we provide students.”

Jump said seeing students graduate as licensed truck drivers has been the most rewarding part of his job. “Most students come to us wanting to be a truck driver, but they don’t really know what it takes to be a truck driver until they get here,” he says. “It’s good to see where they’ve come from the first day of driving to the last. That’s really the most satisfying part of this career.”

Jump will officially retire from JCC on June 30. He and his wife, Ruby, live in Smithfield. They have two sons, three daughters, and 12 grandchildren.