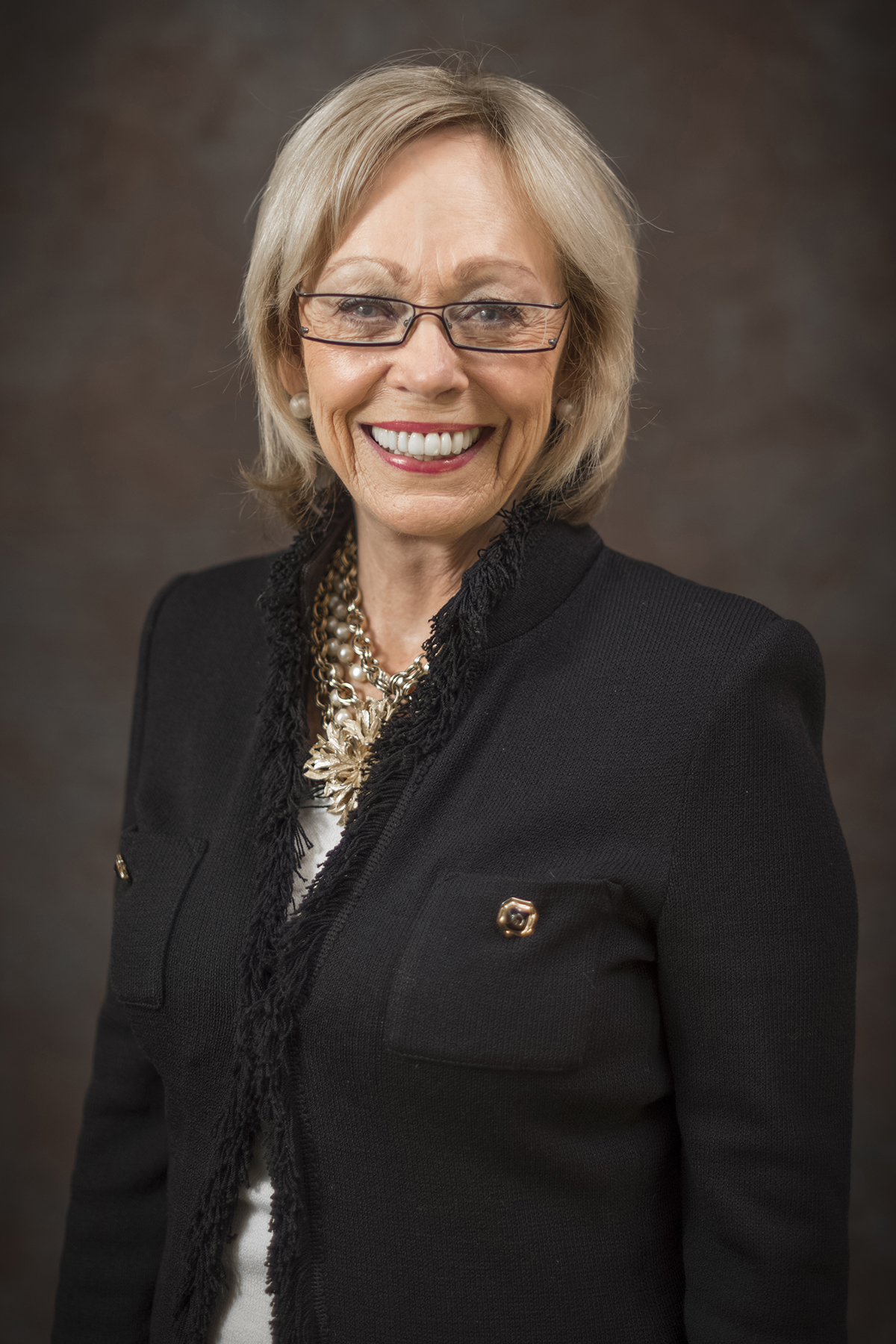 JCC board of trustees chair is honored for significant contribution to community college system.

Lyn Austin, chair of the Johnston Community College Board of Trustees, has been named this year’s recipient of the I.E. Ready Award.

A Clayton resident, Austin has served as a JCC trustee for 22 years, and 14 of those have been as chair. During her tenure, she has led the process of hiring two presidents at JCC and has supported the growth of educational programs and college facilities in an effort to enhance workforce development opportunities across North Carolina.

From 2014-16, she served as chair of the NCACCT Executive Board and was recognized in 2014 as the Southern Region Trustee of the Year by the national Association of Community Colleges. Additionally, she has served as immediate past president of NCACCT, and she currently serves on the executive board as member-at-large.

“Mrs. Austin has made it her personal life’s mission to advocate for, lead and improve community college opportunities for local citizens throughout North Carolina,” said Dr. David Johnson, JCC president. “She truly exemplifies the definition of servant leader. She is truly the sparkplug from which we are all energized.”

“She truly cares for the students, staff and faculty of JCC and her fellow trustees,” he said. “Lyn is very energetic and thrives on the relationships of all the interested parties of our College.  I believe this is most evident at graduation ceremonies when she greets each graduate with a big smile or hug. The graduates quickly realize that she cares for them and their success.”

“The trustees and I are very proud of Lyn and the success she brings to our College and the NC Community College System,” Daniels added.

In his letter of nomination, NCACCT Chairman John Watts stated, “Even during times of division among the community college partners, Mrs. Austin worked consistently to rebuild communication.  Her efforts have ensured that Trustees, Presidents, the State Board and System Office stayed focused on the main objective – student success – and her work has served a key role in putting our System back on course….No one loves our NC Community College System more than Mrs. Austin.”

In addition to her service to community colleges, Austin has focused her energies on the greater good of local, state, and national efforts. She has volunteered her time with the Cultural Arts Foundation, Hospice, NC Board of Licensed Counselors, local chambers of commerce, and local Women’s clubs.

Cut line: Lyn Austin, chair of the JCC Board of Trustees, has received the I.E. Ready Award from the State Board of Community Colleges.