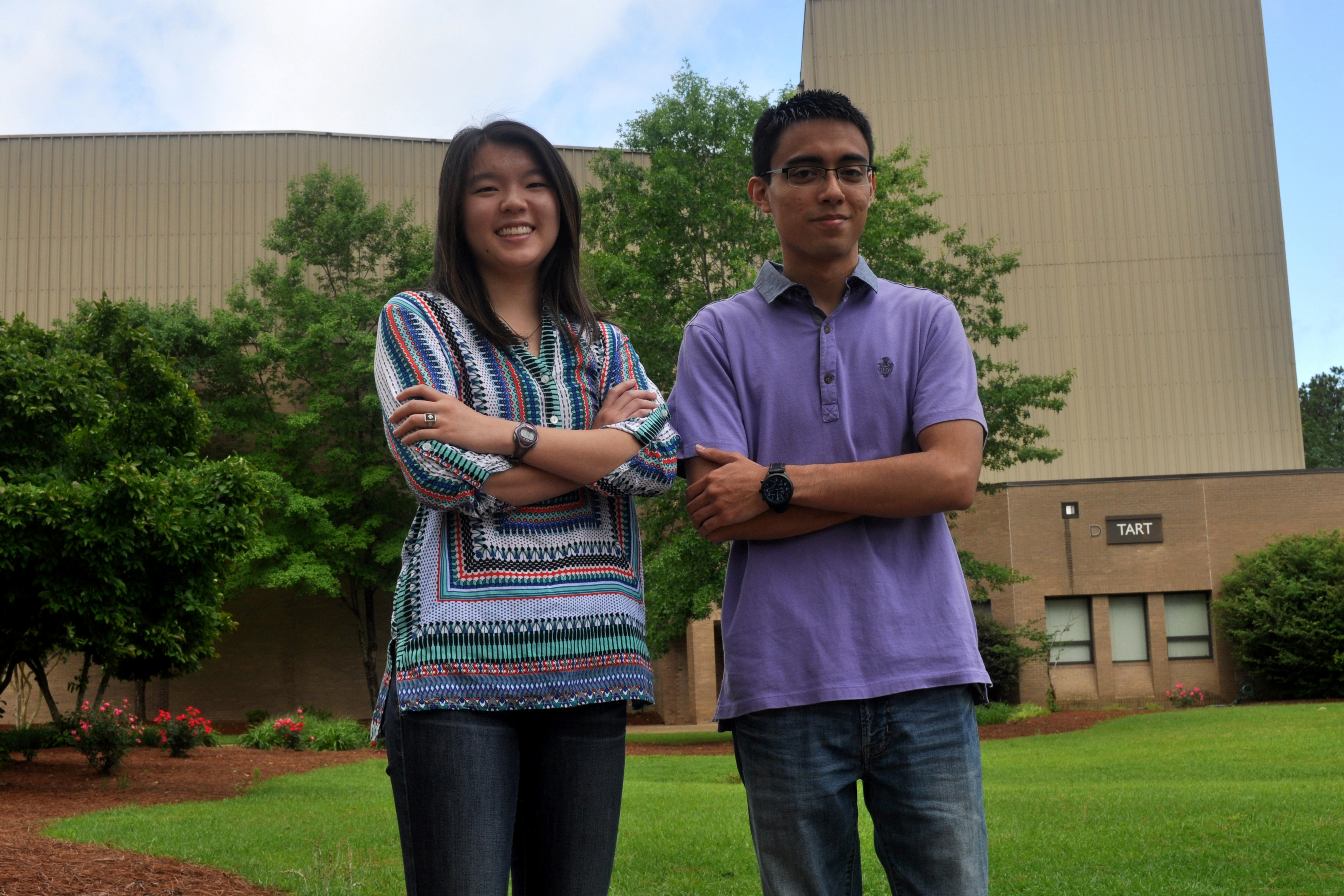 Emma Hall and Michael Cavenaugh say they are grateful for JCC’s academic foundation.

Emma Hall and Michael Cavenaugh are two of the 10 recipients of the scholarship for the inaugural Transfer Class of 2019.

The Goodnight Scholars Program targets North Carolina residents from low- and middle-income families who aspire to study in a science, technology, education, mathematics or STEM education discipline at NC State. The value of the scholarship is $19,500 and is renewable for up to four years for first-year students ($78,000 total), and two years for transfer students ($39,000 total). In addition to the scholarship, Goodnight Scholars have access to an assortment of developmental programming focused on their professional and personal growth.

Hall, a graduate of Corinth-Holders High, and Cavenaugh, a graduate of Midway High in Sampson County, said they were both thrilled to be inaugural members of the transfer scholarship class and representing as JCC alums.

Hall and Cavenaugh are both graduating this month with associate in science degrees. Cavenaugh plans to study civil engineering, and Hall plans to study biology with hopes of attending PA school in the future.

Both said they are glad they choose JCC as their first college choice.

“To be honest it was a hard decision to make because so many of my friends were going to Carolina and State out of high school,” Hall said. “But me and my family thought coming to JCC was the smartest option for me, and it definitely was the right choice. JCC has been wonderful. I think attending a community college helps you grow and mature as a student and really find yourself and who you are before you go on to a four-year college or university.”

Cavenaugh said his instructors were outstanding. “I’ve enjoyed all the STEM classes, and my math instructors and physics instructors were amazing,” he said. “They are extremely knowledgeable. The class sizes are smaller, there is a lot of one-on-one instruction. I’m pretty sure JCC students know the material better because of the one-on-one with the instructors.”

Both scholars have a 4.0 GPA and are members of Phi Theta Kappa at JCC. Hall is also a student ambassador and a member of Keystone Leaders. Cavenaugh is president of the STEM Club.

Hall is the daughter of Catherine and James Hall and Cavenaugh is the son of Russell Cavenaugh and Leah Cavenaugh.