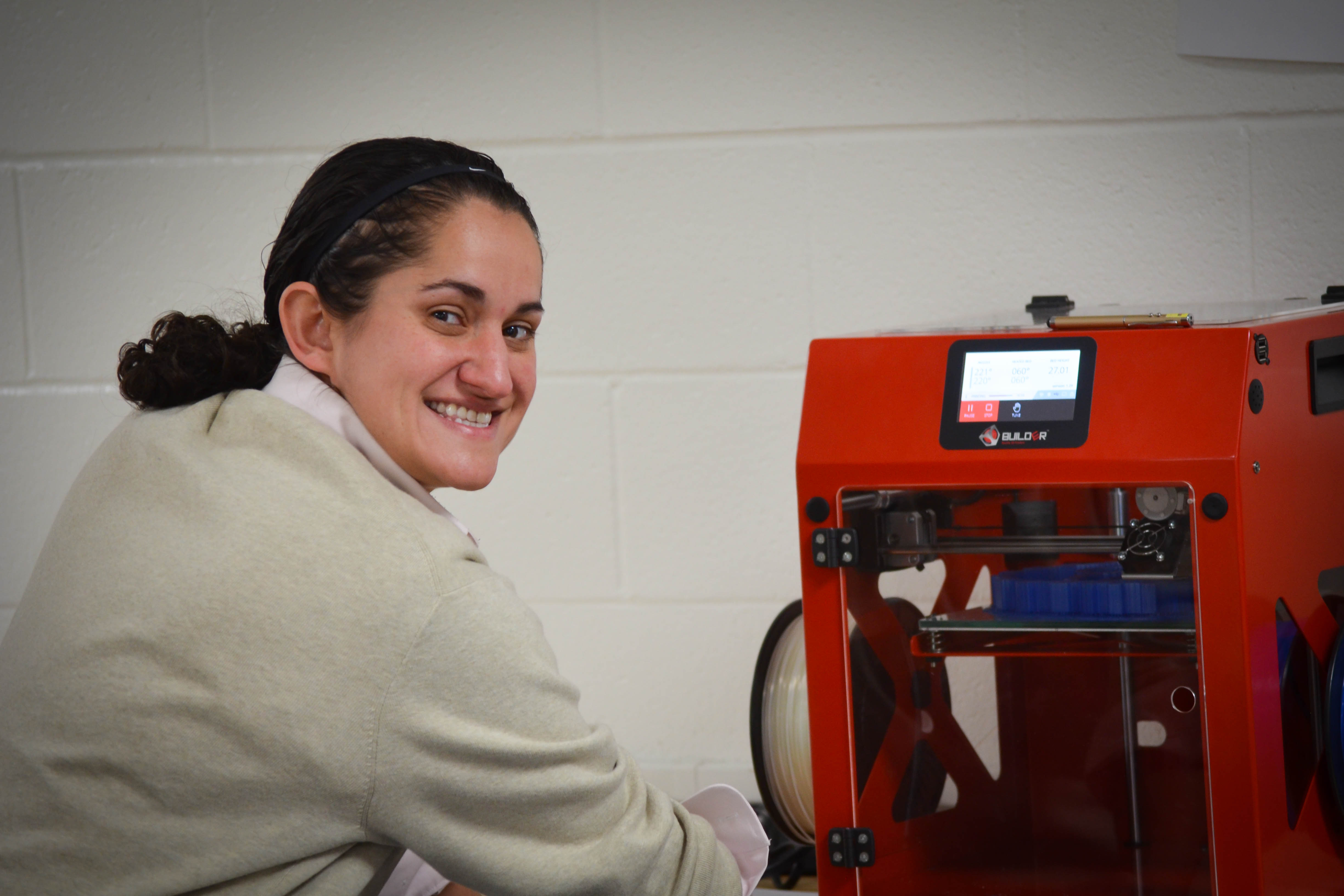 Anna Ekis is one of 58 community college students receiving the honor.

As a teenager, she had much promise ahead as a scholarship athlete in North Carolina. But a car accident left her seriously injured. She then moved to Florida and unfortunately got connected with the wrong crowd.

“I had everything going for me. I was a good athlete, but I got in with the wrong crowd and struggled with drug addiction which ultimately landed me in prison. My family had to care for my son during that time and that was like a major turning point for me. I wanted to provide for him, and I made up my mind I could do more.”

Ekis moved back to North Carolina with her mom to get back on her feet. She’d always liked engineering so she decided to enroll at Johnston Community College in fall 2013.

“It had been years since I attended school so when I came to placement testing, I placed in developmental math,” she explained. “I knew I needed a lot of math credits to become an engineer. I had a lot of hard work ahead of me but I knew it would be all worth it in the end.”

Ekis has maintained a 4.0 GPA and she will graduate in May with two associate’s degrees – one in engineering and another in science. She hopes to eventually transfer and earn a bachelor’s degree in engineering.

Because of her success and perseverance, Ekis was selected as JCC’s Academic Excellence award recipient for 2017. She is one of 58 students at NC Community Colleges receiving awards for academic excellence.

·       Must have completed at least 12 semester hours in an associate degree program, and

Ekis said the road to success has been challenging but so worth it. “It feels really good to be recognized for something,” she said of her award. “It has been hard to go to college. It’s taken a lot of effort and perseverance but my family and son are so proud of me.”

Ekis said she is grateful for her instructors who realized her potential and pushed her to press on. “They were so encouraging, and I always felt so motivated after I talked to my advisors,” she said. “There was always someone at JCC who encouraged me to finish rather than take the easy way out.”

Each student receives a plaque and medallion in honor of their academic accomplishments. Ekis will also be recognized at JCC’s college transfer graduation on May 16.