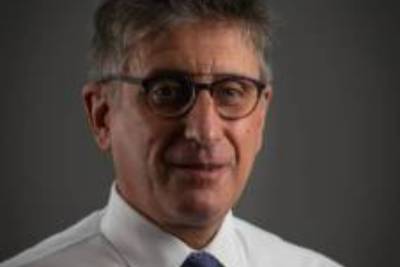 Michael Baraldi became the Vice President of Finance & Facility Services for Johnston Community College on August 1, 2020. Baraldi previously served as Director of Budget and Accounting for the Facilities Division of North Carolina State University for more than a decade. He brings a total of 31 years of experience in finance and accounting to JCC.

Baraldi’s career at NC State began as a senior budget analyst in February 2008 and he was promoted to Budget Director in July 2012. He was named the Director of Budget and Accounting in August 2016. During his tenure at NC State, Baraldi directed a $110 million annual operating budget and oversaw more than $1.2 billion in transactions.

“I am delighted to welcome Michael Baraldi to our JCC team as VP for Finance and Facility Services. Mike brings a wealth of experience from NC State to assist him in learning the community college way,” said President David Johnson.  “He has hit the ground running while facing uncertain times during COVID.  His background in both finance and facilities will be put to good use as we move forward with construction projects and an uncertain budget year. This is a critical position for JCC and I am so pleased Mike said yes to it!”

Baraldi earned a BA in Economics with a minor in Philosophy from Rutgers College, a part of Rutgers University. He earned an MBA from Saint Thomas Aquinas College in Sparkill New York, where he was member of the International Honor Society, Delta Mu Delta, and became the first MBA student to graduate with a 4.0 GPA.