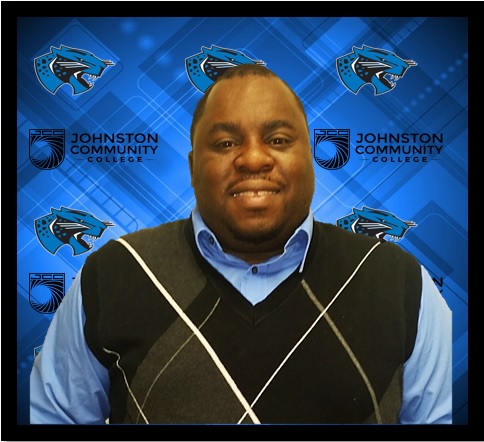 He earned his bachelor's degree in political science with a concentration in public administration from Fayetteville State University.

Johnson said he's looking forward to building a men's basketball program that the college and Johnston County are proud of.

"I want to be a winner here and develop young men," Johnson said. "I want everybody in Johnston County to be able to identify with our program and have a certain ownership in our program.

"I see myself more as a teacher than a coach," he added. "I treat the gym as my classroom. I have the awesome opportunity to teach a lot of life lessons that young people don't get today."

"The opportunity to build a program from the beginning is very exciting," he said. "To be able to say I was the first coach in program history is something no one else can say. The foundation is being set. My goal is to lay a strong foundation and build upon it every single year."

Chapple said he emphasizes teamwork and leads by example. "My vision is to build a program that is known for its excellence both on and off the court and that helps student athletes succeed in all aspects of life."

Both coaches are aggressively recruiting for the 2016-17 season. All home games will be played at the Smithfield Recreation and Aquatics Center (SRAC).