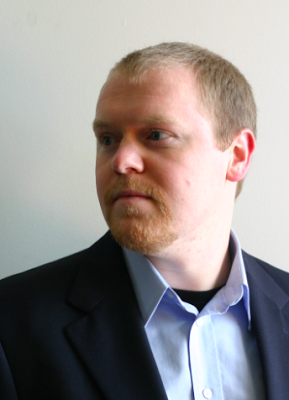 Travis Alford, an adjunct music instructor at Johnston Community College, has received The American Prize in Composition for his O Fragile Human, Speak...

Alford is a composer, trumpeter, and improviser whose music has been heard across the United States and abroad. He has received recognition for his work by the League of Composers/ISCM, ASCAP, the American Composers Alliance, the Atlantic Center for the Arts, and the Brandeis Office of the Arts. As a trumpeter, Travis has performed with the New England Philharmonic, the Boston New Music Initiative, the Equilibrium Concert Series, New Music Brandeis, the Park Street Brass, and the Northeast Italian Band.

Alford currently teaches at Johnston Community College in Smithfield, NC, and has held previous positions at MIT, Brandeis University, and Gordon College. He holds degrees from Brandeis (PhD, Music Composition and Theory, '14), the New England Conservatory (MM '08), and East Carolina University (BM '05). He lives in Clayton, with his wife Lauren, son Owen, and their dog Toby.

The American Prize is a series of new, non-profit national competitions in the performing arts providing cash awards, professional adjudication and regional, national and international recognition for the best recorded performances by ensembles and individuals each year in the United States at the professional, college/university, church, community and secondary school levels. Administered by Hat City Music Theater, Inc., a nonprofit organization based in Danbury, Connecticut, The American Prize was founded in 2009 and is awarded annually. The competitions of The American Prize are open to all U.S. citizens, whether living in this country or abroad, and to others currently living, working and/or studying in the United States of America, its protectorates and territories.